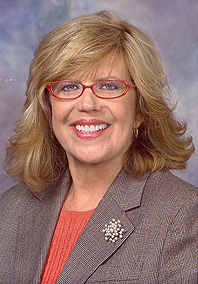 Martha Sodetani has served on the Board since 2005, has been a resident of Downey for many years and actively involved in the Downey community.

She has been honored four times by the City of Downey with the Mayor’s Distinguished Citizen Award, the most recent being the Healthy Heart Award in April 2017, and was also named Soroptimist Woman of the Year. Martha has received the PTA’s highest honor, the Golden Oak Award. Other awards for volunteer work in the community include Certificates of Appreciation, Volunteer of the Year Awards, and Woman of the Year nominations from the State Legislature, Los Angeles County, City of Downey, Assistance League and the Downey City Library.

Martha has six children through the magic of biological and adoptive means.

Martha feels there is nothing more rewarding than spending time with or in the pursuit of serving children. This has been evidenced in her calling over the years as a foster parent to medically fragile newborns, touching their lives one child at a time. She now feels privileged to be in a position to serve the District’s 22,000 plus children and feels that every child deserves the best education to be college and career ready after graduation!